All You Wanted to Know about Chromebooks

Over the coming months, we’ll see Chromebooks from several major device manufacturers, including newly designed laptops from Acer and HP, as well as new entrants by ASUS and Toshiba. As for now, two Chromebooks are already in the Amazon’s Best Sellers in Laptop Computers — the most popular products based on sales (Sept 20, 2013):

According to Google Chrome Blog, “Chromebooks were designed to make computers faster, simpler, safer and much more affordable for everyone." Indeed, Chromebooks are priced sometimes significantly lower than other laptops, so some buyers are tempted by the the low prices. But there are many other attractive features — superb battery life, cool new designs, advanced geekery (yeah, it actually runs Linux) — that make a Chromebook suitable for anyone who needs a simple, portable, and lightweight computer.

Helpful resources and tips to get you up to speed with Chromebooks:

Living With a Chromebook: Can You Live With Just a Chrome Browser?
Many people spend most of their computer time in a browser, and that browser is often Google Chrome. For people who already spend most of their time using Chrome, a Chromebook is an interesting prospect. A Chromebook is Google’s vision of the future. Chrome OS argues that much of the computer experience we take for granted today is outdated, clunky, and unnecessary.

6 ChromeOS Tips to Make Chromebook Sparkle (Sept 14)
The system surprised us. We found ChromeOS quite useful for web-centric tasks in spite of the flaws in this $250 piece of hardware.

Intel shows new Haswell Chromebooks and plans to make 3D gestures commonplace (Sept 11)
Sales of Chromebooks have been strong; the No. 1 laptop on Amazon.com is a Chromebook. Google and Intel announced four new models of Chromebooks today that use the codenamed Haswell processors that Intel released earlier this summer.The new models from Hewlett-Packard, Acer, Asus, and Toshiba were revealed at the Intel Developer Forum.


Google Expands The Chromebook Family With New Intel Haswell Hardware (Sept 11)
So with new hardware partners included, Google now has six top laptop OEMs working on the Chromebook line, including Samsung and Lenovo, in addition to its own hardware in the high-end Chromebook Pixel. The thin, browser-like Chrome OS is increasingly a popular option for hardware makers looking for a way to defray losses from the shrinking PC market, alongside Android, so it’s not surprising to see more manufacturers come on board. Pricing and other details around the new machines will follow later on.

Forrester: It’s Time For Enterprises To Consider Chromebooks (July 29)
Chromebooks won’t replace all or even most Windows PCs, Macs, and tablets. But for companies that are (1) willing to segment their workforces (offering Chromebooks to specific classes of workers in a mixed environment with PCs and tablets), (2) adopting Gmail and/or Google Apps, or who are (3) deploying the devices in a customer-facing (think kiosk) scenario, Chromebooks are definitely worth investigating.

OpenOffice for Chrome OS (by rollApp)
To support Chromebook users we made OpenOffice applications available as web apps in Chrome Web Store as a part of our Chrome Productivity Suite. And here’re some useful tips about how to create App Shortcuts and use the Chrome App Launcher. 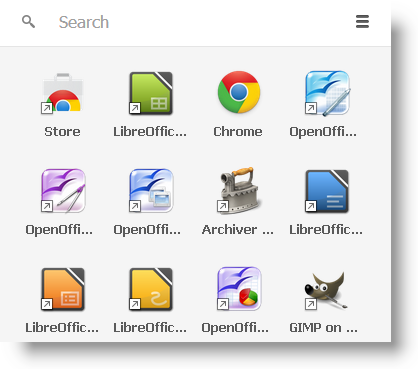 GigaOM Chrome Show
Google Chrome is taking over the world, and we’re here to help you learn how. From the Chrome browser to the Chrome OS and Chromebooks, Kevin Tofel tells you what you need to know about this important and emerging platform.

Exploring the Samsung ARM Chromebook 3G (Sept 19)
I loaned the Chromebook to my ten-year old son, who knows just enough about computers to be dangerous. In no time flat, he was surfing the Web, and he discovered you didn’t need a Netflix "app” to watch Netflix movies on the Chromebook. If you’re looking for a Web-surfing machine, the Chromebook more than fills that particular need.

Help Me, LAPTOP: Should I Buy a Chromebook?
If you want a bigger screen, and don’t mind a size and weight increase, the $329 HP Pavilion 14 Chromebook features a larger 14-inch display and great speakers. 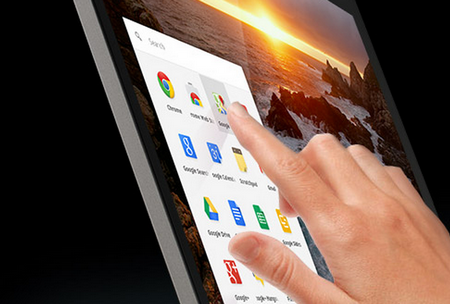 Chromebook Review: Living with Chrome OS was Hell (Aug 25)
I got my hands on a Chromebook Pixel a couple months ago and finally decided to really put it through its paces. If you don’t know, it’s the best possible Chrome experience possible. It costs $1,450, has a super high-resolution touchscreen, 4GB of RAM, and an Intel Core i5 processor. If it’s possible to fall in love with Chrome OS, the Pixel is the laptop you’d want to marry. More reviews for the Google Chromebook Pixel.

And here’s some interesting data provided by Google Trends: