Cloud App of the Week: Thesaurus for Chrome, Firefox and Safari Called Artha

Artha is a Sanskrit term meaning “purpose, cause, motive, meaning”. It also refers to the idea of wealth and prosperity.
Artha is an ease-to-use thesaurus based on WordNet, the large lexical database of English, where nouns, verbs, adjectives and adverbs are grouped into sets of cognitive synonyms (synsets), each expressing a distinct concept, in other words, they are linked semantically.

Unlike other dictionaries and thesauruses, Artha on rollApp can be used in your browser – on desktop, iPad or Chromebook. 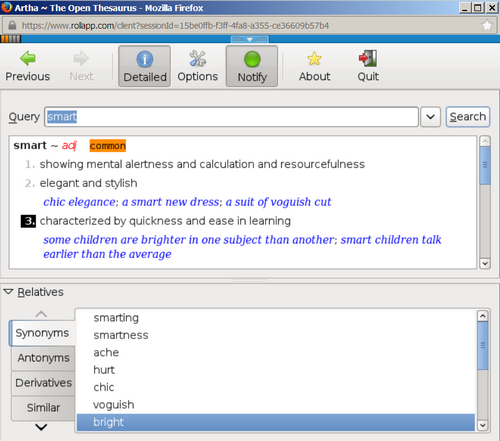 For a given word, the possible relatives shown by the Artha app includes
Get Artha in Your Browser 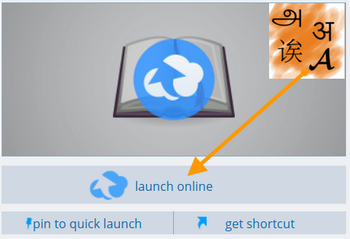 WordNet superficially resembles a thesaurus, in that it groups words together based on their meanings. But there are some distinctions. First, WordNet interlinks not just word forms—strings of letters—but specific senses of words. As a result, words that are found in close proximity to one another in the network are semantically disambiguated. Second, WordNet labels the semantic relations among words, whereas the groupings of words in a thesaurus does not follow any explicit pattern other than meaning similarity.