Cloud Game of the Week: KMahjongg on rollApp

Mahjong is a very popular board game throughout Eastern and South Eastern Asia, played with a set of 144 tiles based on Chinese characters and symbols (Dots, Bamboos, Characters, Winds, Dragons, Flowers, Seasons.) One of the legends of the Mahjong origin suggests that Confucius developed the game in about 500 BC. 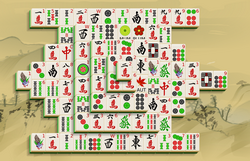 Mahjong or Mahjongg solitaire, and so KMahjongg on rollApp (rollapp.com/app/kmahjongg), is a matching game that uses a set of mahjong tiles rather than cards.

The objective of KMahjongg is to remove all the tiles off the game board by locating each tile’s matching pair as quickly as possible.

To start the game in your browser (Chrome, Firefox or Safari), click the Launch Online button: 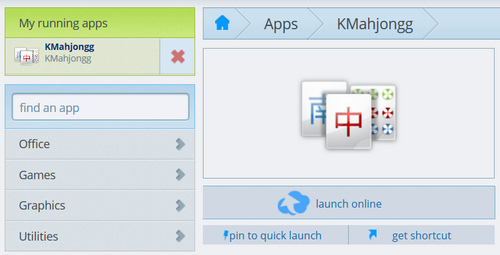 rollApp will load a default layout of KMahjongg: 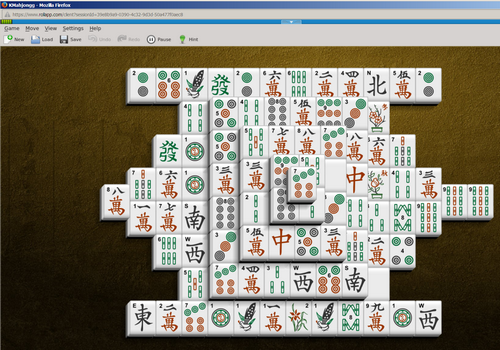 According to the game’s rules, you should carefully study the stack of tiles laid out on the game board and find two tiles matching exactly. When you have found such a pair use your mouse to select these. Once you have selected the right pair of tiles they will vanish off the game board, thus revealing the tiles previously located underneath, and opening the tiles adjacent to them. Find as many matches as possible to remove all the tiles from the game board. 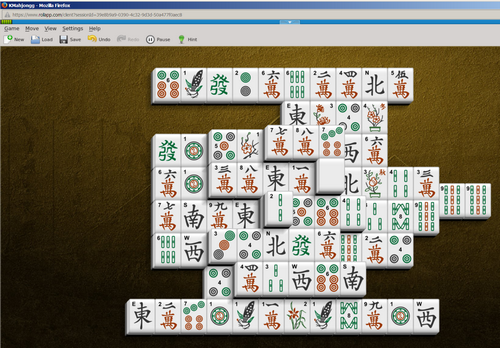 You can use the Tiles selector (Settings > Configure KMahjongg) to choose graphics for the tiles: 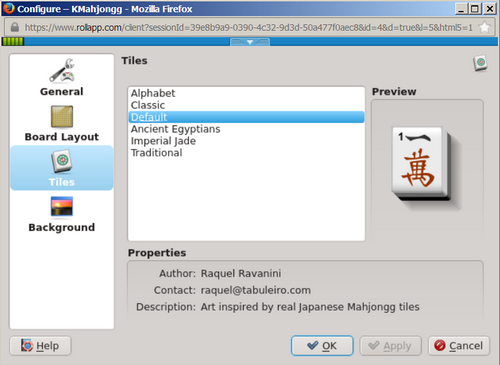