The State of Tizen Samsung Z: News, Opinions and Hands-On

Tizen, a Linux-based open-source OS, just about to enter the world of mobile platforms. By catapulting more than 50 cloud apps to Tizen Store, we at rollApp are proud to be a significant part of the process. On top of that, we’ve broadened our vision on developing cross-platform cloud applications – as you probably know, previously we launched them on the iPad and Chromebooks. 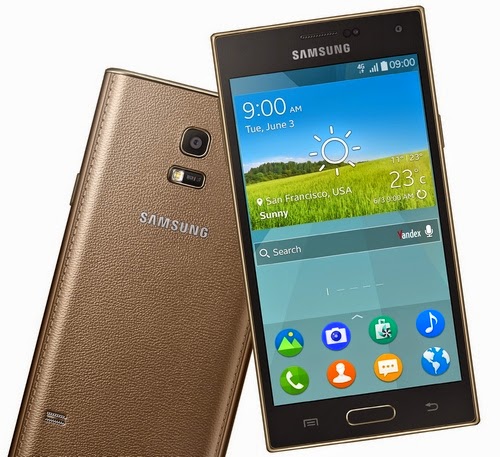 Just before the Tizen Samsung Z Unpacked Event to be held in Moscow, Russia on July 10, 2014 – where Samsung’s first Tizen Smartphone will be officially launched – we’d like to highlight some major recent advances, turning points and expectations around the smartphone.

So here are our top picks that cover all the major news around Tizen Samsung Z:

Samsung Electronics unveiled the Samsung Z, the first commercially available smartphone powered by the Tizen platform, on July 02, 2014 in San Francisco. Complete with a 4.8-inch HD Super AMOLED display and a 2.3 GHz Quad-core processor, the Samsung Z makes the perfect choice for consumers who want a differentiated user experience in an efficient and light-weight smartphone. Samsung Z will be available in Russia in the third quarter of 2014.

Jonathan Cheng, Wall Street Journal – Samsung Amps Up the Google Love: “The indirect reference is a reminder that, for all the affection Samsung is publicly voicing for Google, even the best of friends go through tough times. If there’s any larger strategy at play, Samsung says, it’s not trying to muscle out Android with Tizen; it’s simply that the company wants to offer consumers all kinds of choices — between Android, Windows Phone and Tizen, for instance.”

Ewan Spence, Forbes – Samsung Releases An Avalanche Of Androids For A Smartphone Summer: "If it is as successful as Samsung hopes (and potentially, as Google fears), then I would expect next year’s batch of low-to-mid range handsets to feature some Tizen powered handsets in the mix.”

Natasha Lomas, TechCrunch – Samsung Outs Its First Tizen-Powered Smartphone: “It is of course fantastically unlikely that Tizen is going to grow to the point where it entirely replaces Android in Samsung’s portfolio. But the platform gives Samsung another string to its bow.”


Michael Sawh, Trusted Reviews – Samsung Tizen OS: 6 Things You Need To Know: “We were quite impressed by Tizen. Samsung has worked with Intel to develop Tizen. It is Linux-based platform built from Nokia and Intel’s ditched MeeGo. Tizen is a HTML5-based operating system. For the user, it means we can expect slicker mobile web applications for phones and tablets.”

Michael Kan, PC World – Tizen OS gets Baidu, ZTE, Softbank and Sprint among 15 new partners: The new partnerships are a sign of growing interest in the mobile OS at a time when Google’s Android is dominating the smartphone market.

Ben Woods, TheNextWeb – Samsung Gear Live and LG G Android Wear smartwatches available to pre-order today: “The decision for Samsung to launch an Android Wear-based smartwatch is an interesting one considering the company recently made the switch to using its own Tizen OS for its second generation Galaxy Gear smartwatches.”

In this video Gameloft shows three of their upcoming games on Tizen - Let’s Golf 3, Real Football, and Asphalt 7: 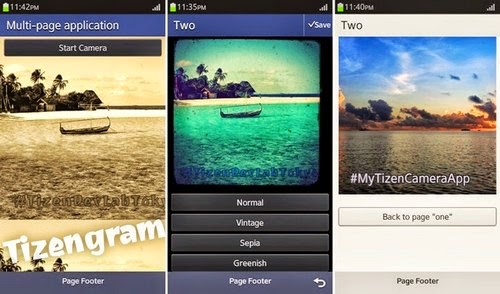 And here’s how rollApp delivers 50+ popular desktop apps on Tizen, from OpenOffice and LibreOffice – the most popular open-source alternatives to Microsoft Office – to graphics tools and games. 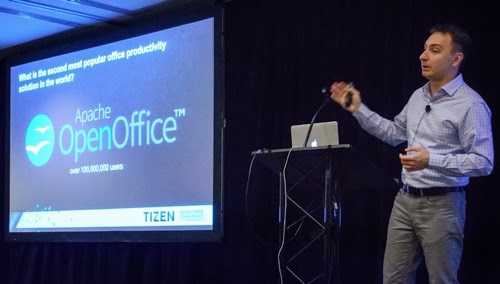 See more photos from our presentation in San Francisco at Tizen Developer Conference on June 2-4, 2014.

That’s all for this episode. Tell us about your favorite Tizen resources, tips or insights in comments below or on Facebook: fb.com/rollApp