It’s Friday and in our digest we look back at the most interesting tech news of the week.

Project Ara – modular phone from Google – is making progress. The idea of project Ara is to create a modular smartphone with hardware elements that can be customized according to user’s needs. The phone is built using different blocks that can be interchanged, so that desirable configuration can be created with a reasonable cost. Google is pushing the Project Ara as a revolutionary concept that will make phones affordable for 5 billion people that don’t have a phone yet. In the video below you can get a sense of how it is coming together in the prototype called Spiral 1.

The next prototype, Spiral 2, is expected to be introduced in January.
HP announced its new Sprout PC, which is built purely for touch interactions. Sprout has 23-inch touchscreen display, built-in projector and multi-touch mat. The projector is equipped with a 4-camera system, a HP DLP projector, and an LED desk lamp. This system will let you scan and manipulate 2D and 3D objects directly into the PC, type onto projected keyboard, draw on the touch mat with the stylus and and much more.

Google released a brand new Bookmarks Manager extension that replaces current Chrome bookmarks management UI. When you “star” a page, it automatically grabs image from the page adding a vibrant touch to otherwise pale list of bookmarks. The great thing is that it will also add images to all of your existing bookmarks as well. 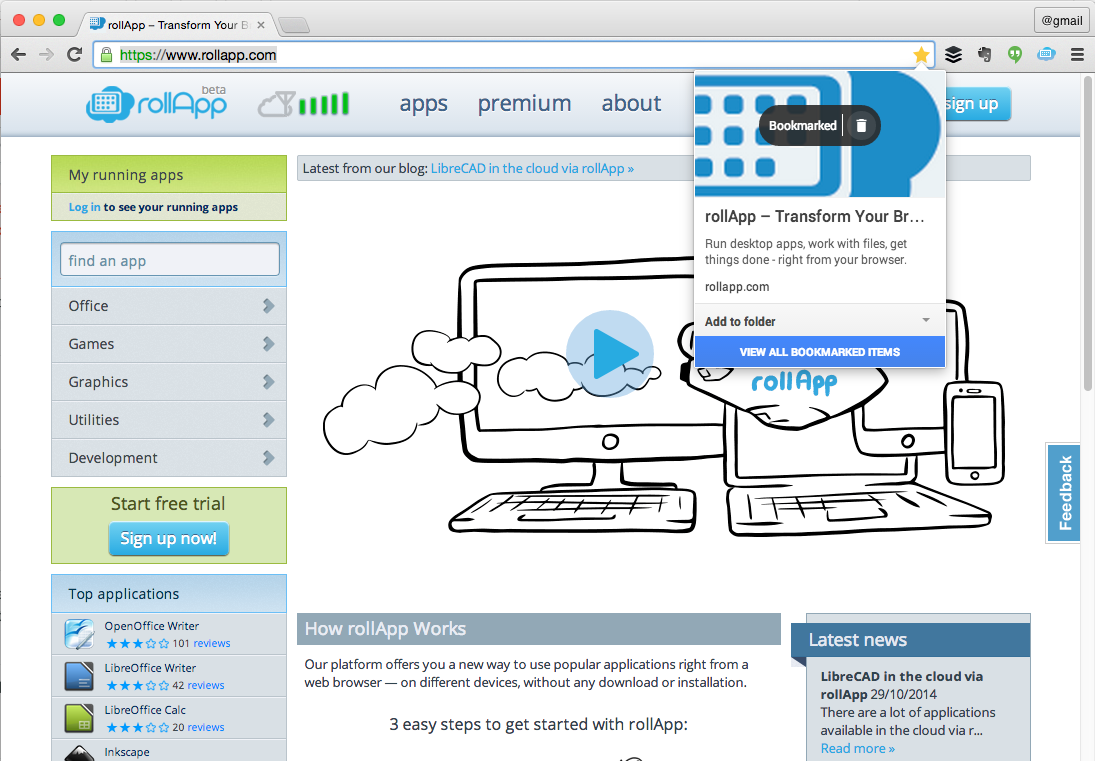 Another cool feature is Auto Folders – it automatically groups all your bookmarks by topics. Also with new extensions you can easily make your bookmark folders public and share them with your friends. This extension requires Chrome 38 and you have be signed into Chrome and have sync enabled.